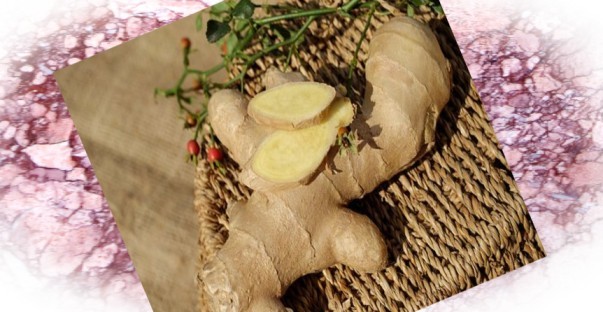 The benefits of ginger make it a great medicine

Ginger is an important part of Indian food that has been used to overcome health-related disorders for a long time. But even today people do not know the benefits of ginger.

They are still unaware of the benefits of ginger. Knowing the advantages and disadvantages of ginger, it can be used properly.

Ginger is natural medicine. Ginger is a miraculous medicine to relieve digestive disorders and many diseases in the body.

Ginger has so many properties that ginger alone can cure many diseases, hence ginger is also called Mahaaushadhi.

Ginger is used fresh, grinded, in powder form, or by extracting its juice and dried, in different ways. It contains many nutrients including iron, calcium, iodine, chlorine, vitamins.

Eating ginger clipping before meals and adding half lemon juice opens the appetite, arouses interest in eating, digestion of food, no diseases of phlegm and wind, and purity of throat and tongue. It happens.

1. Benefits of ginger in stomach diseases

Due to the properties of ginger, it makes the digestive system strong. Nowadays, due to the wrong lifestyle, most people suffer from stomach gas disease.

In the case of gas, the consumption of ginger acts as a panacea. Apart from stomach gas, it also increases appetite and also removes dangerous diseases like constipation.

Peel 10 grams of raw ginger with a knife and make small pieces of it and put a little lemon juice and black salt in it and eat it with food for both periods.

It also does not produce gas in the stomach, stops belching and the problem of constipation is also eliminated.

According to the second method, first, dry the ginger and make it saunth, because dried ginger is called saunth. Make a powder by mixing dry ginger, asafetida, and black salt.

Then, take one spoon of this mixture with fresh water every morning and evening for a week. Every stomach disease will run away from you.

2. Benefits and treatment of ginger on the throat

Sometimes a person’s throat gets so bad that even his voice is not able to come out. Such a situation sometimes becomes worrisome. Due to the properties of ginger, it proves extremely beneficial in the treatment of such a patient.

After licking ginger juice and honey three to four times a day, such a patient opens the throat in a few days.

According to the second method, roast both Ginger and Asafoetida on a hot griddle. Then grind both and mix black salt in it and make tablets of the size of its peas.

Then suck those pills three or four times every day, remember that do not chew or swallow those pills, just suck them, the throat will open in three days.

3. Benefits and treatment of ginger in cough: –

It is an excellent cough medicine due to the properties of ginger. Cut small pieces of ginger with an equal amount of honey and heat it lukewarm, i.e eating lukewarm twice a day will stop the cough and the sore throat is also eliminated.

4. Benefits and treatment of ginger in asthma: –

For the treatment of asthma, boil 25 grams of ginger and put it in 250 mL water. When the water is reduced to half by boiling -2, then add about 200 mL milk and sugar as per taste and filter it like tea. Consuming that tea three to four times a day can get rid of asthma disease within 60 days.

With the use of tea made in this way for a week, diseases like cough, breath, and cold are also cured.

According to the second method, boil 10 grams dry ginger and 20 grams jaggery with 200 mL of water. When the water remains around 100 ML, then cool it by taking it down.

Give tea made in this way for three days to the patient three times a day in the morning, evening, and night. This treatment cures cough, nausea, and fever.

5. Ginger is excellent for cleansing blood

To clean the blood, after grinding a lump of ginger or cutting it into small pieces, sprinkling salt and pepper on those pieces of ginger, and squeezing half a lemon juice on top, eating it will clear the blood in a few days.

Also, due to the properties of ginger, eating it keeps cholesterol under control, blood attacks remain and blood clots are not formed.

9 Heart Disease Warning Signs That May Surprise You